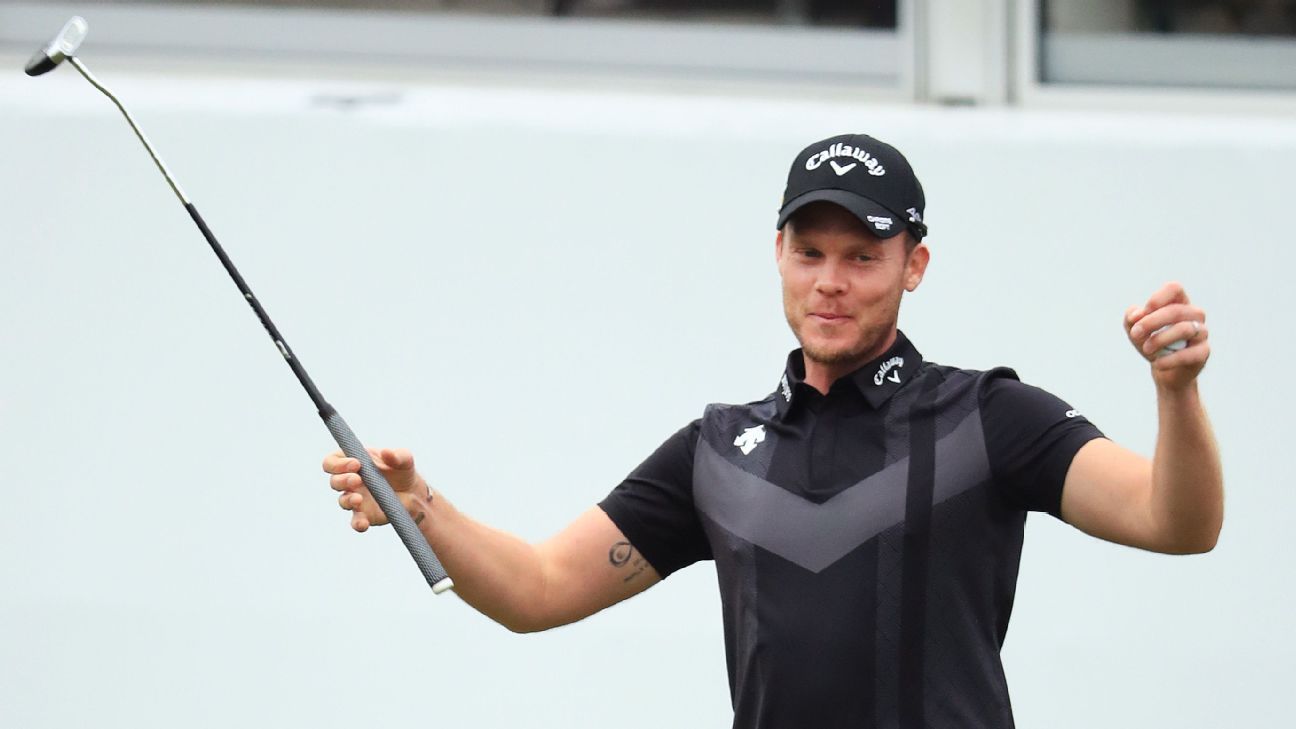 VIRGINIA WATER, England — Danny Willett won a European Tour event on home soil for the first time in his career with a three-shot victory at the BMW PGA Championship on Sunday.

The 31-year-old Englishman finished three strokes ahead of nearest challenger Jon Rahm in the final round.

Willett shot a 5-under 67 to finish 20 under overall and collected his seventh European Tour title. He dropped only one shot Sunday on the par-4th 11th which could have been much worse.

Rahm shared the overnight lead with Willett and finished second after a 2-under 70.

South Africa’s Christiaan Bezuidenhout (68) was a shot further back.

Rory McIlroy followed up his third-round 65 with a 67 to finish tied for ninth, his 16th top 10 in 21 events this season.

After missing the cut at Wentworth last May, Willett was ranked 462nd as he struggled with a loss of form precipitated by a number of injuries. He will be just outside the top 30 when the rankings are updated on Monday.

“It doesn’t get much better than this, does it?” Willett told Sky Sports. “It was a battle out there, with myself more than anyone else, and it’s nice to come through the other side.”

Willett struck the first blows with birdies on the second and third before Rahm made a gain on the fourth to halve his deficit.

A birdie on the eighth restored Willett’s two-shot lead but he looked set to surrender it after hitting a tree with his recovery shot following a wild drive on the 11th and then gouging his third shot out of the heather into a bunker.

The former Masters champion appeared to have hurt his right wrist in the process but, after finding the green with his fourth, he holed from 40 feet to drop just one shot.

Rahm bogeyed the 12th after misjudging his pitch to the green and seeing the ball roll back towards him, but the Ryder Cup star bounced back immediately to birdie the next.

However, after debating which club to hit on the par-three 14th, Rahm chose the wrong option to come up short of the green in a bunker and was unable to get up and down for par.

Both players came up just short of the green in two on the par-five 17th and Willett struck the killer blow by chipping to within inches of the hole.

Rahm’s chip ran five feet past and although he holed the putt for a birdie, Willett tapped in to take a two-shot lead to the 18th tee and any doubt about the result was removed when Rahm found the water short of the green with his approach.

7 Handicap Iron Fitting + Golf Lesson = Huge Gains
The Golf Swing is so much easier with 100% pure facts! – Swing Technique!
What you should know about the Wynn Golf Club’s 12-hole setup for ‘The Match’ between Brooks Koepka and Bryson DeChambeau
HOW TO REALLY WHIP the golf club THROUGH the ball!
Hidalgo, Lawrence share lead at Joburg Open